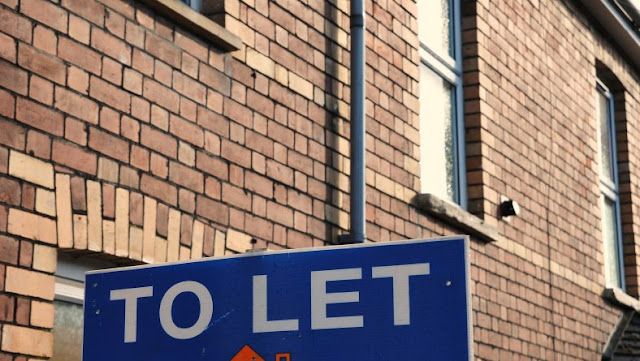 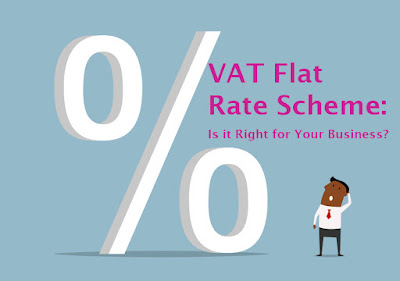 The VAT flat rate scheme is an optional simplified accounting scheme for small businesses. The scheme is available to businesses that are eligible to be registered for VAT and whose taxable turnover (excluding VAT) in the next year will be £150,000 or less. Once in the scheme, a business can remain in it as long as its taxable turnover for the current year is not more than £230,000. The flat rate scheme is designed to simplify the recording of sales and purchases. Under the scheme, a business works out the VAT that it is required to pay over to HMRC by applying a flat rate percentage to its gross (VAT-inclusive) turnover. The flat rate percentage depends on the type of business. The percentages for each business sector can be found on the gov.uk website at www.gov.uk/vat-flat-rate-scheme/how-much-you-pay. The percentages are all less than the standard rate of VAT of 20%, reflecting the VAT that would be recovered on purchases. Example Jack is registered for the flat rate scheme. In a particular accounting period his turnover is £12,000. The flat rate percentage for his sector is 14%. Jack must pay VAT of £1,680 (14% of £12,000) over to HMRC. He does not need to work out the VAT on purchases. Advantages The main advantage is that it reduces the record keeping burden, as it is not necessary to keep records of the VAT incurred on purchases. As the VAT percentages are averages it is possible that the business may pay less VAT than accounting for VAT under the traditional rules, particularly if purchases are low. However, the business may also pay more if purchases are higher than average – you may need to do the maths to see if it is for you. Businesses also enjoy a discount of 1% from their flat rate percentage during their first year in the scheme. Limited cost businesses From 1 April 2017, a new flat rate percentage of 16.5% applies to a `limited cost business’. This is one whose VAT inclusive expenditure on goods is either less than 2% of their VAT inclusive expenditure in a prescribed accounting period or greater than 2% but less than £1,000 if their prescribed accounting period is one year. The figure of £1,000 is adjusted accordingly for periods that are not one year. In determining whether this test is met, capital expenditure, food and drink for consumption by the flat rate business or its employees, and vehicle, vehicle parts and fuel (except where the business is one that carries out transport services) are excluded from the calculation. However, a business with a VAT inclusive turnover of £20,000 in an accounting period would only need to incur expenditure of £400 or more to fall outside the definition of a limited cost business – for most businesses this will be doable, even taking account of the exclusions. For more information on the above please contact a member of our team. If you would like to find out how Pointon Young can help you grow your business and save you money, fill in a TRUST questionnaire.
Read more
New Allowances For Trading and Property Income
Unknown
No comments 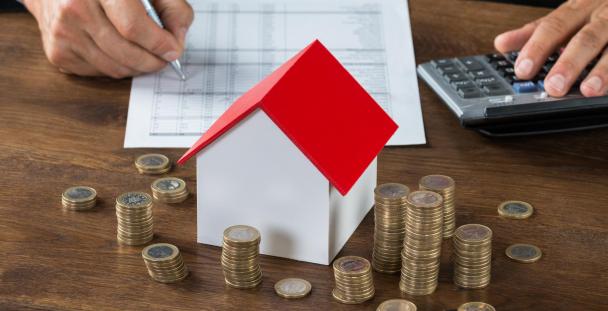 In his 2016 Budget speech, the Chancellor announced two new allowances would be introduced from April 2017 for money earned from `the sharing economy’. One allowance will be for trading income and the other for property income. Trading income allowance: A new allowance of £1,000 will be available for people who make money from selling goods or providing services. Under current rules, small amounts of trading income, for example from undertaking occasional jobs or selling goods on eBay must be declared to HMRC and, to the extent that the income is not covered by the personal allowance, the income is taxable. However, once the new allowance is introduced from April 2017, income from trading which is covered by the new allowance will not need to be declared to HMRC and can be enjoyed tax-free. Where trading income exceeds £1,000, traders will have the option of working out their taxable profit in the usual way by deducting expenses from income, or instead they can choose to deduct the allowance (rather than actual expenses) from their gross income. This will be beneficial where expenses are less than £1,000 a year or where the trader wishes to avoid the hassle and expense of recording expenses. Example 1 Holly is employed in an office, in respect of which she earns £15,000 a year. She also sells cupcakes locally, from which she makes £800 a year. In 2016/17 she will need to declare the income from her cupcake business on the self-employed pages of her tax return and pay tax on the profit. However, as a result of the introduction of the new trading allowance for 2017/18, she will no longer need to tell HMRC about her income as it is fully covered by the £1,000 allowance. She will no longer need to pay tax on the income. Example 2 Beth has a small business selling knitted toys on e-bay. Her income is £3,000 a year and her expenses are £750. Although she will need to declare the income on the self-employed pages of her tax return for both 2016/17 and 2017/18, for 2016/17 her taxable profit will be £2,250 (£3,000 less expenses of £750). For 2017/18, she can instead choose to deduct the new allowance of £1,000 from her income rather than the actual expenses. This will give her a lower profit figure of £2,000, saving her time and tax. Property allowance The second allowance to be introduced from April 2017 is in respect of income from property. It will also be set at £1,000 and will allow people to receive small amounts of property income tax free.  This will mean that people who earn less than £1,000 from, say, renting out their driveway or offering storage in their loft, will no longer need to tell HMRC about this income or pay tax on it. Where income is in excess of £1,000, taxpayers will have the option of computing their profit in the usual way (income from property less associated expenses) or by deducting the allowance from their gross income. As with the trading allowance, this will be beneficial if actual expenses are less than £1,000. The new allowance does not affect the option of receiving income from letting a room in your house tax-free under the rent-a-room scheme. Need to know: Where trading or property income is less than £1,000, it will no longer need to be declared to HMRC from 6 April 2016. For more information on the above please contact a member of our team.   If you would like to find out how Pointon Young can help you grow your business and save you money through tax minimization, fill out a TRUST questionnaire and you will receive a FREE tailored report highlighting the areas that need your attention.
Read more
First-Year Allowances For Cars
Unknown
No comments 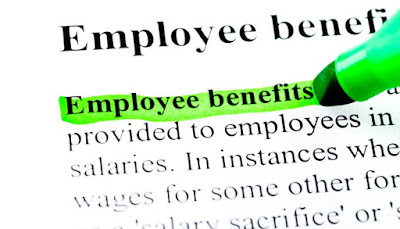 Most benefits in kind are taxable and the employee is taxed on the cash equivalent of the value of that benefit. Where the employee is required to make a payment to the employer in return for the provision of the benefit and actually does so, the cash equivalent of the benefit is reduced by the amount `made good’ by the employee. Making good allows the employee to reduce or eliminate the tax charge. Example Harry’s employer provides private medical insurance for Harry and his family. The cost to the employer is £500 a year. Harry is required to make a contribution of £200, which he does. By `making good’ £200 of the cost, the cash equivalent of the benefit on which tax is charged is reduced from £500 to £300. Where the benefit in question is fuel for a company car, the amount made good by the employee can be computed using the advisory fuel rates. Example Helen has a company car. The car is a petrol car, which for 2016/17 has an appropriate percentage of 22%. Helen’s employer pays for all fuel for the car, but Helen is required to make good the cost of fuel for private motoring. In the year, Helen drives 10,000 private miles. Assuming the advisory fuel rate for her 1600 cc car is 14p per mile and Helen pays her employer £1,400 in respect of her private mileage, she will be regarded as having made good the cost of her private fuel. Consequently, the tax charge is reduced to nil. Time for making good Earlier in the year the Government consulted on the deadline by which the employee must make good in order to reduce or eliminate the tax charge that would arise on the benefit in kind. At the time of the 2016 Autumn Statement, it was announced that from 2017/18 the making good deadline for all benefits will be set at 6 July after the end of the tax year in which the benefit was provided. Previously, different dates applied to different benefits, with a deadline of the end of the tax year in which the benefit was provided applying to many. Better to pay the tax When thinking about whether to `make good’ to reduce the tax, remember that as the tax rate is less than 100%, you will always be better off paying the tax than making good. A higher rate taxpayer will only save £40 in tax for every £100 `made good’ – better to pay the £40 tax and keep the remaining £60. For more information on the above please contact a member of our team. If you would like to find out how Pointon Young can help you grow your business and save you money, fill in a TRUST questionnaire.
Read more
Company cars in 2017/18
Pointon Young
No comments 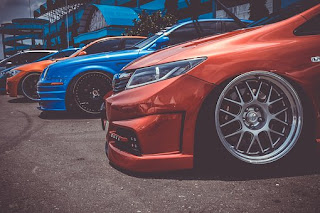 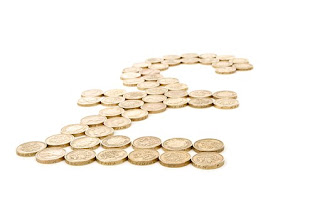 The cash basis is a simpler way for smaller businesses to work out their taxable profit. Under the cash basis, profit is calculated by reference to cash in and cash out, rather than by reference to income earned in the period and expenditure incurred, as is the case under the traditional accruals basis. Prior to 6 April 2017, the cash basis was only open to sole traders and unincorporated businesses with a turnover below the VAT registration threshold (which was set at £83,000 from 1 April 2016 and increased to £85,000 from 1 April 2017). However, in preparation for the introduction of Making Tax Digital, under which businesses will be required to maintain records digitally and to provide digital updates to HMRC quarterly, the cash basis threshold has been increased. Availability of the cash basis is also extended to unincorporated landlords from 2017/18 onwards. New look cash basis From 6 April 2017, the entry threshold for the cash basis is increased to £150,000. Once using the cash basis, businesses can remain in it until their turnover exceeds the exit threshold, set at double the entry threshold. Thus, the exit threshold is £300,000 from 6 April 2017. From 6 April 2017, the cash basis also becomes the default accounting basis for unincorporated businesses with rental income of £150,000 or less. Such businesses can still use the accrual basis if they prefer – but will need to elect to do so. Capital expenditure Simplified rules for treating capital expenditure under the cash basis are also introduced from 6 April 2017. Instead of the general prohibition on capital expenditure that applied prior to that date, the new rules only prohibit the deduction of certain items, namely: ·         capital items incurred in connection with the acquisition or disposal of a business or part of a business; ·         any asset not acquired or created for use on a continuing basis in the trade; ·         a car; ·         land; ·         certain intangible assets, including education or training; and ·         financial assets. Capital expenditure that does not fall into the above categories can be deducted as for revenue expenditure. Is it for me? The cash basis will suit many small businesses, but it is not for all businesses. This may be the case if the business has high stock levels or has losses that would be beneficial to offset against other businesses. On the plus side, tax is only payable on money that has actually been received by the year end.
Read more

Consult our online tips and newsletters, including information about recent changes in taxation regulations.

You can contact us on the following telephone number if you have any queries or wish to make an appointment: